With the opening of Concierge Medical of Naples April 1, a longtime NCH Healthcare System physician would like to answer the age-old question of “Is there a doctor in the house?” with a resounding “yes.”

Dr. Obayedur Khan, a board-certified internist who specializes in geriatric care, said the inspiration behind his new venture could be found right in the title.

“Well, as the name suggests, the main aim is to provide services in a compassionate, caring and unhurried environment,” said Khan, a Bangladesh native who moved to Southwest Florida in 2005 after immigrating to the United States in 1992. “In a normal practice, physicians aren’t able to give enough attention to patients, but a concierge setting allows for extra time, which in turn allows me to tailor care to a patient’s specific needs.”

For roughly the cost of a cellphone, Khan said he could visit with patients at his office, in their homes, in hospice facilities or at an NCH-affiliated hospital.

“I still have hospital privileges at NCH, so wherever a patient needs me, I can always come there,” said Khan, who was a member of the NCH Physician Group before opening his new practice at 5100 U.S. 41 North, Suite 101, in North Naples. “Whenever a patient of mine is admitted to an NCH hospital, I can care for them there.”

That flexibility, said patient Jeannette Asbed of Naples, proved nothing short of a lifesaver April 23, when Asbed and her husband were involved in a serious automobile accident that left her husband hospitalized for several days.

“It was less than three weeks after we became Concierge Medical clients that we were in a dreadful auto accident,” recalled Asbed, who’d initially begun seeing Khan while he was still at NCH.

“I was stopped at a traffic light when someone tore into me at full speed. We were all hurt, and my husband was hospitalized with pretty severe injuries. I called Dr. Khan, not knowing how we would go about this, and he was over at the hospital on the double.”

From there, Asbed said, Khan took over for the attending physician and assumed responsibility of caring for her husband.

“My husband has a complicated medical history, so how another doctor could have understood that right away is beyond me,” said the Boston native who moved to Naples full time in 2002, noting that her husband is now — slowly but surely — on the mend.

Because of the extra time concierge medicine allows a physician to spend with patients, Khan said he believes the practice marks the way of the future for doctors and patients alike.

“Concierge medicine is gaining a lot in popularity and publicity now, and I think it’s going to be the standard in the future because right now what is happening is that practices are overtaxed, so doctors aren’t able to pay enough attention to their patients,” he said. “The emphasis is on getting patients in and out, so a lot of times patients can’t get the attention or communication they want from their doctors.”

In addition to the benefits for patients, Khan said concierge medicine also is highly beneficial from a doctor’s point of view.

“The concierge setting is very satisfying for me because I’m able to give enough attention to all my patients, which is a really good feeling for me,” he said.

“There are a lot of benefits to concierge medicine, and I think my patients find that very satisfying, too.”

To maintain that level of personalized care, Khan said he would cap his practice at around 300 patients.

“I’m only about one-third full now, so I’m still accepting patients,” he said.

For more information, call 239-304-8902 or visitwww.conciergemedicalofnaples.com. 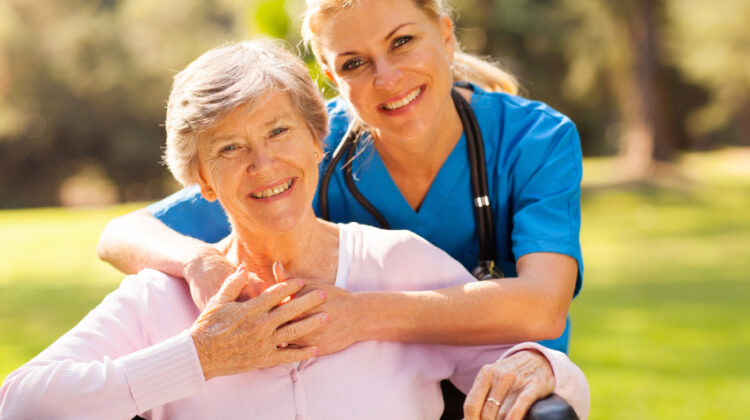 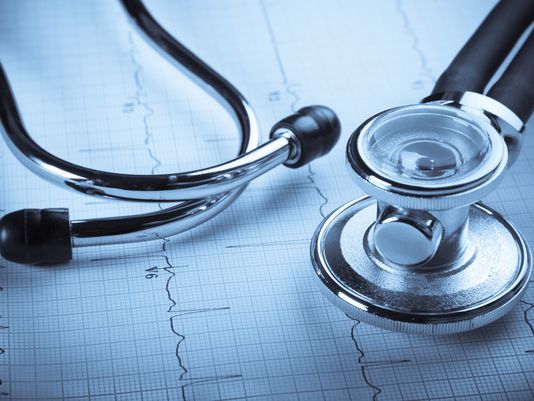 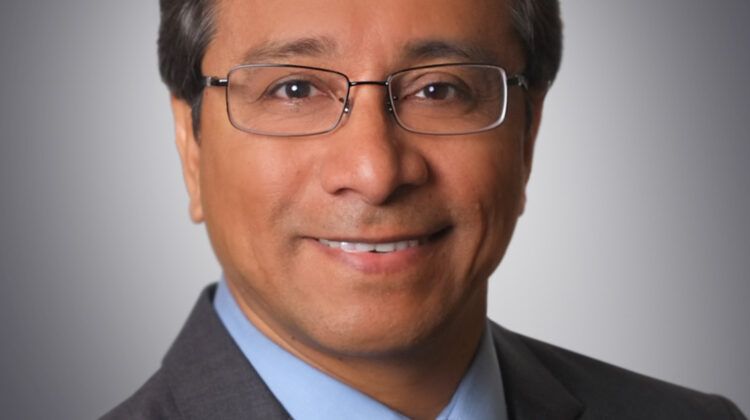 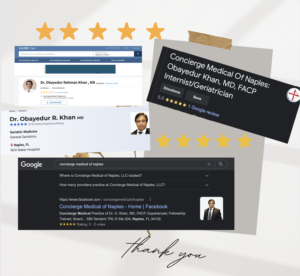 Please let us know. We are just a phone call away